How did the Essex dialect become so peculiar?

Of course, many of the words in the Essex dialect are merely corruptions of words in English dictionaries, but the greatest peculiarities of the dialect are north of Chelmsford, especially at Braintree, Halstead, Gosfield, Bardfield and Wethersfield. In some parts of the county the dialect resembles that of Kent, in others that of Suffolk.

It is, however, not generally as broad as either, nor is it spoken with the strong whining tone of the Suffolk dialect. It contains many words from the Saxon, Friesic, Dutch, and Belgic influence not usually found in other English dialects, such as ails, amper, bigge, bog, bullimony or bullimong, cowl, golls, housen, lugsome, mad, mawther, not, pillow-beer, rumpled, sliver, slud, slump and snace. There are also other Norman influences, such as foizon, frail, chate and coppy. 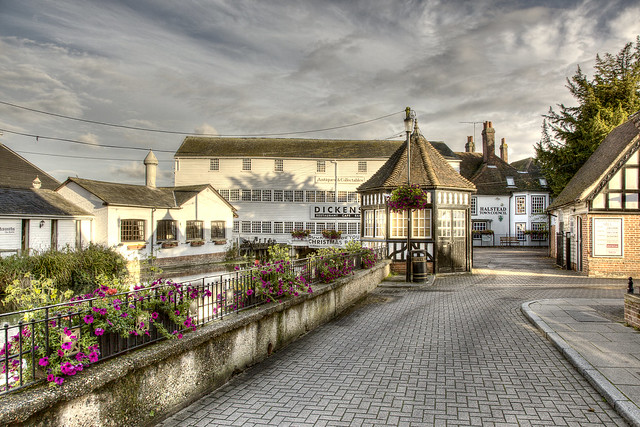 There is a tendency to transpose letters; as aers for ears. Vowels are frequently lengthened, as maade for made, maake for make. A is liable to become 0, as ollis for always. E often changes into A, as anough for enough and warse for verse. I has frequently a broad sound, such as noice, smoile, toime and twoice, for nice, smile, time and twice. O often becomes U, as frum, sput, nut, for from, spot, not. D is sometimes changed into T, as arrant for errand and ballet for ballad, while the letter R is sometimes dropped, as suppassd for surpassed and hul for hurl.

Essex people generally pronounce the letter H correctly; but there is nevertheless a tendency to drop this letter when prefixed by T, as now and ten, for now and then. Occasionally words are prefixed by S, such as scringing for cringing, and some words appear to have been formed by imitation of sound, such as bobbery and bonx. The old plural in en also occurs, as housen for houses. Among these nuances we find some of my favourite Essex dialect words, such as these examples:

sing-small: being obliged to put up with less than expected

fleck: the soft hair of a rabbit

squolsh: the sound produced by the fall of soft heavy bodies

bonx: to beat up batter for pudding 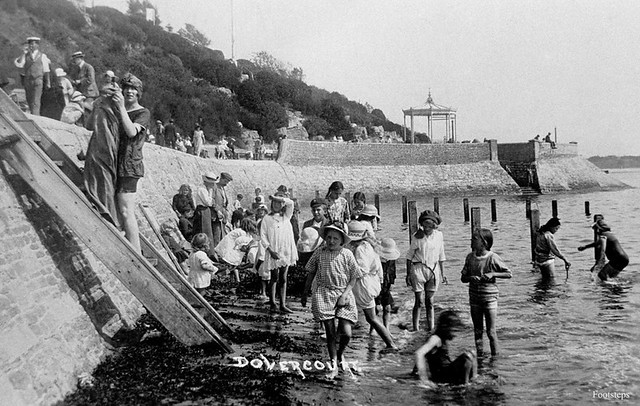 And there are wider East Anglian examples that appear in Essex such as:

uffler: a bargeman who assists occasionally in towing but who is not in constant employment

liggle: to carry something too heavy to be carried with ease (eg of a child with a puppy)

garyboy: a male who drives a car usually noticeable by its sporty appearance and souped up engine

swiggle: to shake liquid in an enclosed vessel

woor-ree: a waggoner or ploughmans call to his horse to come to the right 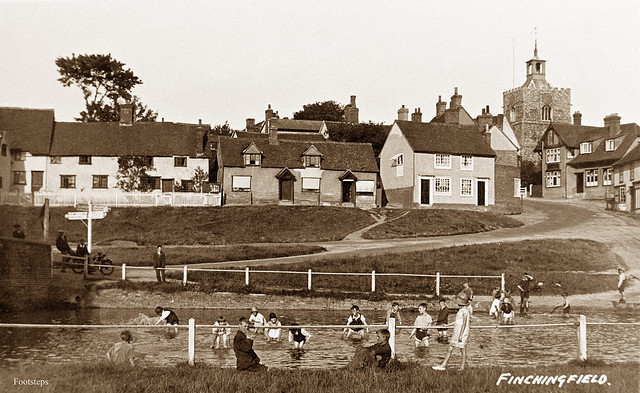 Another charm of the Essex dialect is its richness in local proverbs and sayings. Here is a selection of the most interesting:

As wise as Walthams calf (who went nine miles to suck a bull and came home as dry as he went).

Here the addition is a perversion of the original meaning, which is a dig at the monks for their foolish preaching. The calf may have belonged to Waltham Abbey.

Some years since, when taking church notes in Barnstable Hundred, the rector of one of the churches directed my attention to various graves depressed in the centre. These, said he, my sexton affirms invariably indicate that the person buried died of consumption and that all who die of that disease have sooner or later broken-backed graves. 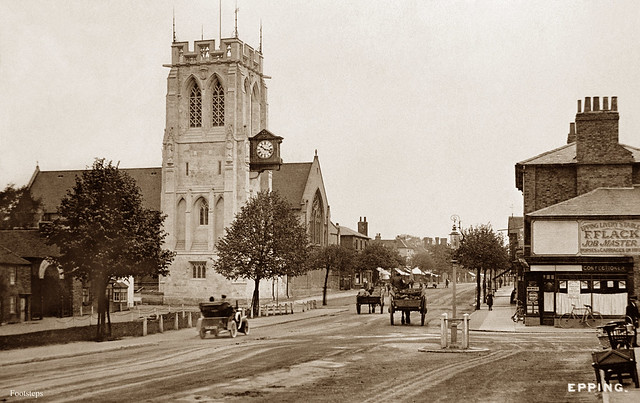 An historic Braintree saying is quoted:

Braintree for the pure, And Booking for the poor; Cogshall for the jeering town, And Kelvedon for the whore.

Dovercourt: all talkers and no hearers

At Dovercourt, near Harwich, a court was annually held, which, as it consists chiefly of seamen, brought with it a certain irregularity. Keeping Dovercourt is said to mean making a great noise, and the explanation is said to have arisen from the fact that Dovercourt was formerly celebrated for its scolds.

This is said of someone who kept his eyes shut and pretended to be asleep, when all the while he was listening to what was said around him. 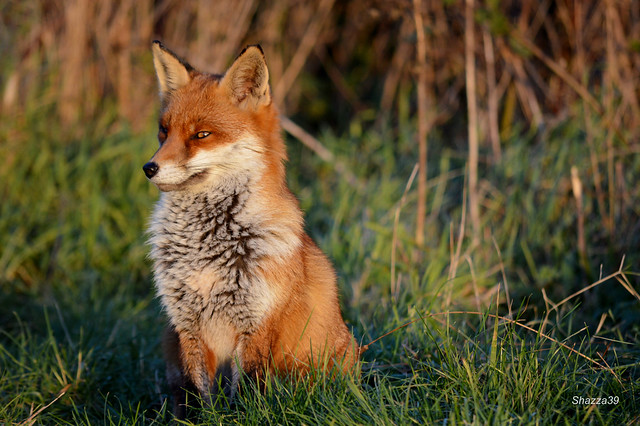 This phrase is largely used in rural townships and villages of Essex, where it evidently means speaking plainly and decisively, delivering an ultimatum and also something more. And the straight tip as given at Dunmow and nearby, not only means a direct reply without either evasion or reservation, but also a spirit of indifference and defiance very often meant as an insult.

Go to Romford to have your backsides new bottomed

Romford was formerly famous for breeches-making, so a man going there was thus teasingly advised to provide himself with a pair of new breeches.

Where the soil is thin and will only support forest trees in particular places, the cultivators are careful not to plough too deep.

Lying by the wall

If anyone is dead, he or she is said to lie by the wall. It is generally said of an uninterred corpse. Lying by the wall implies that one is dead, but not buried.

Some felt that the growth of mushrooms is influenced by the changes of the moon and that towards and at the full of the moon, mushrooms show themselves and the crop declines when she begins to wane. Hence the following formula: When the moon is at the full, Mushrooms you may freely pull; But when the moon is on the wane, Wait ere you think to pluck again

Not to have her change

In the neighbourhood of Fobbing, when the peasants wished to express that a woman has not much nous, they say, she has not got her change. When speaking of a man, they say, he has not got all his buttons. 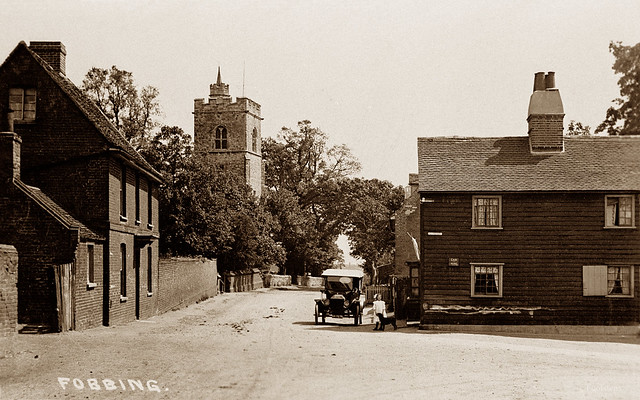 Put the millers eye out

To overdo with water or milk and to make a pudding too thin.

During alterations of a house in King Street in Saffron Walden, the workmen came upon an old witch bottle imbedded about 18 inches below the floor, and very near the fireplace. It contained some water, about 14 horse-nails and 20 thorns. It is supposed to be upwards of two centuries old. Some curious old carvings on stone and oak were also discovered, probably of Elizabethan period. It is there stated that it was customary about the year 1610 to place under the entrance-door a jug filled with horseshoe nails, to prevent the entrance of witches. 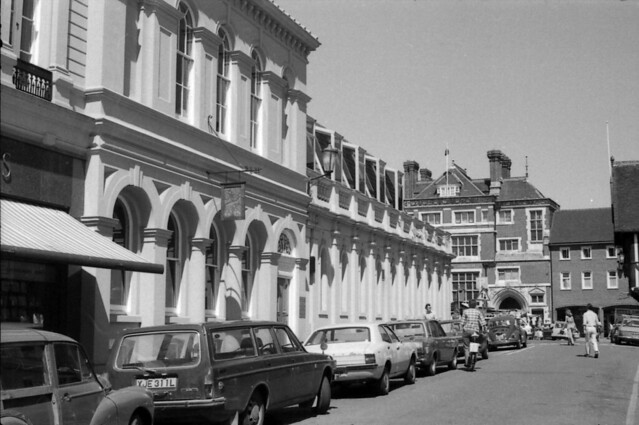 Adam Jacot de Boinod is the author of The Meaning of Tingo and Other Extraordinary Words from around the World, published by Penguin Books, and the Tingo App Game for iPhones on Interesting Words