Last month marked the centenary of British radio broadcasting and nowhere will this celebration be most affectionately remembered than here in Essex | Words: Tim Wander

During World War I, the science of wireless telephony – sending and receiving speech instead of Morse code – had taken huge strides.

Based on new developments in thermionic valve technologies, the Royal Flying Corps had developed lightweight reliable equipment capable of over 100 miles’ range, including air to air communication. This technology would soon enable the birth of civilian mass air transport.

In March 1919, really as a piece of pure blue sky research, the Marconi Company began a project to develop a new range of high power wireless telephony transmitters.

A new 3kW telephony transmitter was installed at the Ballybunion station in Ireland and Round and his colleague, Marconi engineer William Theodore Ditcham, began broadcasting a daily experimental speech ‘programme’.

At this time Ditcham and Round probably knew more about high power radio speech transmission than any other engineers in the world. The tests were successful and Ditcham became the first European voice to cross the Atlantic.

The success of this experiment in Ireland was to lead to far greater things. In late December 1919, Round and Ditcham installed and began testing a 6kW telephony transmitter at the main Chelmsford factory located in New Street. 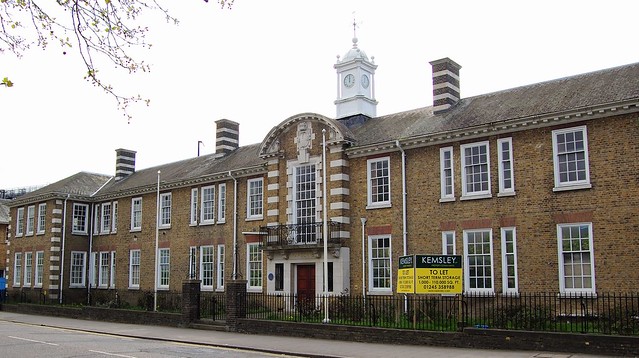 Using an experimental licence, (call sign MZX), the Chelmsford transmitter fed into a huge T-shaped wire aerial that was suspended between two massive 450ft high masts, set 750 feet apart, known locally as the ‘drainpipes’. These huge steel tubes had dominated the New Street works and the town since they were erected in 1919.

In January 1920, the content of the first Chelmsford transmissions left much to be desired. Ditcham and Round followed the company-prescribed format, continually repeating railway station names from Bradshaw’s train timetable.

Having tested in Ireland, the Marconi engineers decided to do something totally different. On January 15, 1920 they started the first ever true speech ‘broadcasts’ in Britain, transmitting a programme of speech and gramophone music from the Marconi Chelmsford works, including a regular ‘news service’.

These first, historic broadcasts could well have gone unnoticed, but 214 appreciative reports arrived from amateurs and ship’s operators who had listened in.

The early days of radio broadcasting were to be dominated by the enthusiasm and continual pressure generated by a growing band of radio amateurs. They were enraptured to finally hear words and music on their radio sets, and reported this in glowing terms to the Marconi Company.

The Chelmsford station had been heard from Norway to Portugal, with reports over 1,000 miles and the greatest reported distance being 1,450 miles. The engineering team had stumbled onto something quite extraordinary. 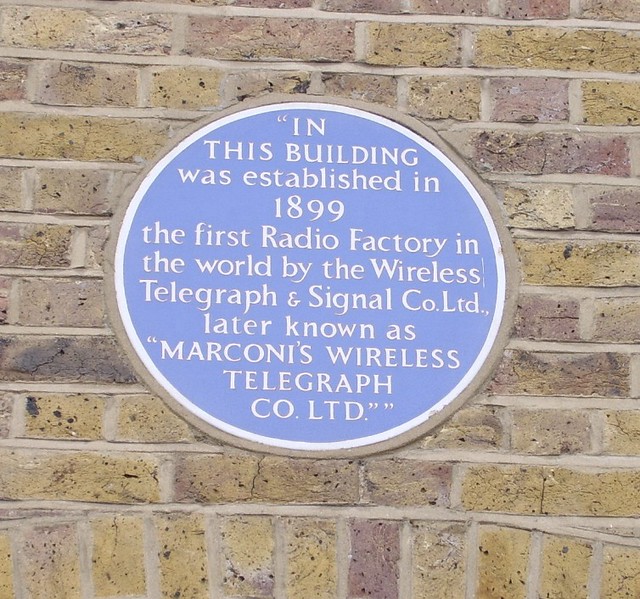 The experiments became more ambitious as the 6kW transmitter was replaced with a new 15kW version. For a brief period, from February 23 until March 6, 1920, their tests became a regular series of 30-minute broadcast radio programmes.

These were aired twice daily at 11am and 8pm, as a 15-minute regular wireless telephony news service that left time for three or four short musical items. Ditcham was supported by the head of the Marconi publicity department, Arthur Burrows.

A local band, Freddie and the Funnions, with a young soprano, Miss Winifred Sayer, were brought in to help, and the first concerts began.

This new concept of speech and music crackling over the airwaves into the front rooms of ordinary people was poised to revolutionise the world of entertainment. This lively series of concerts and news programmes did not go unnoticed by the established print media.

Lord Northcliffe, the proprietor of the Daily Mail newspaper group, now commissioned the first radio broadcast by a recognised professional artiste of international standing. He chose the famous Australian prima donna, Dame Nellie Melba. He said that there was, ‘only one artist, the world’s very best’.

In 1920, Melba was probably the most famous singer in the world, but when first approached she remained adamant that her voice was not a matter for experimentation by young wireless engineers and their ‘magic play boxes’.

It took all the persuasive talents that Lord Northcliffe could muster, and a huge £1,000 fee all paid for by the Daily Mail, to get her to agree. 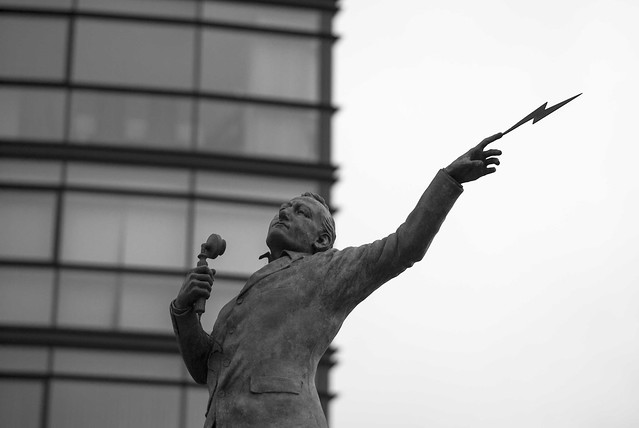 But there was just one problem. There was nowhere suitable for her to do it. In 1920 it was totally impractical to move transmitting equipment and aerials to any of the great concert halls of Europe.

Melba would have to come to The Marconi Wireless Telegraph Company’s New Street Factory in Chelmsford. Amazingly she agreed to leave the bright lights of the London stage for one night, and travel to a remote Essex factory to sing in a disused packing shed.

There would be no dressing room, no orchestra, no stage, no lights and, in reality, possibly no audience.

The ‘Australian Nightingale’ was booked to give her now historic 30-minute radio concert from the Marconi Chelmsford works, but the concert announcement sent the Marconi engineering team into a controlled panic, as they were given very little time to prepare.

On June 15, 1920, Melba travelled to Chelmsford by train from London. As Burrows started to show her round the works, including the transmitting equipment and the huge antenna masts, he remarked that from the top of the masts her voice would be carried far and wide.

Her comment has become a piece of radio folklore. ‘Young man,’ she exclaimed, ‘if you think I am going to climb up there you are greatly mistaken!’

As the concert approached the engineers were worried. To fail now, with the whole world listening, might well endanger the cause of radio broadcasting for years to come. 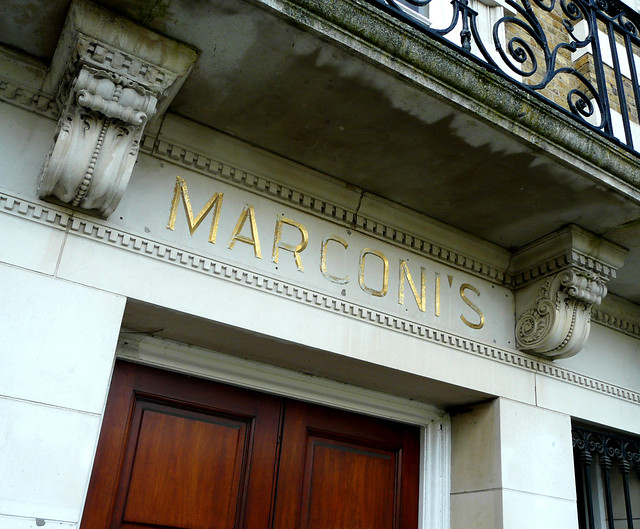 A hushed silence fell over the first-ever broadcast studio, as Burrows announced on air: ‘Hallo, Hallo, Hallo! Dame Nellie Melba, the prima donna, is going to sing for you, first in English, then Italian, then in French.’

A single chord was struck and at 7.10pm precisely, listeners heard their first fleeting notes.Outside a large crowd had gathered, but everyone stood in almost reverential silence. Melba called her first long silvery trill her ‘Hallo to the world’, and the world seemed to be listening.

The words of Home Sweet Home swam into the receivers. Those who heard might have been members of the audience at The Royal Albert Hall. This rendition was followed by Nymphes et Sylvains (in French), Puccini’s Addio and Chant Venitien.

In the middle of the concert the transmitter did fail, but it was soon repaired, and after a brief pause for adjustments, Melba gave an encore and sang the first stanza of God Save the King. It was over. They had done it. Without further fanfare, Burrows stepped to the microphone and simply said: ‘Hallo, Hallo. We hope you have enjoyed hearing Melba sing. Good Night!’

The wireless sets of the nation, indeed the world, lapsed into silence. The concert was over. The great lady had sung her considerable heart out and the assembled audience both inside and outside the studio spontaneously applauded.

It was now up to the engineers to have relayed this to the audience with the clarity it deserved. Within days the Marconi Company was to receive its answer, as enthusiastic letters from the four corners of the world poured into the Chelmsford office.

Radio amateurs and ships’ operators reported how they had listened in and sung along. Every commercial station in the world had tuned in and received it all with surprising clarity. It was voted a great success.

But despite the fact that entertainment broadcasting was rapidly gaining favour, on November 23, 1920 the Postmaster General announced that the experimental broadcasts from Chelmsford were suspended due to ‘interference with legitimate services’. No more trials would be permitted.

It would be almost two more years before British broadcasting would start again. It would need the talents of the irrepressible Peter Eckersley (who started this story), working in a small hut, in a partially flooded field on the edge of the village of Writtle, and a new call sign – ‘2MT’ or Two-Emma-Toc.

Events organised in June for the Marconi Centenary have now been cancelled or postponed due to Covid-19, but for details of alternative virtual celebrations, visit essex2020.com and search Marconi