Is the boat that ferried Charles Darwin around the globe the only historic vessel buried in the Essex mud?

HMS Beagle in the Straits of Magellan

David Whiteley, presenter and director of BBC1 current affairs programme Inside Out, ponders whether the HMS Beagle is not the only vessel with a fascinating history that has been consumed by Essex’s river mud over the years

I may have mentioned this, once or twice within the pages of this column, but I was born in Rochford hospital. The hospital no longer exists, but whenever I drive that way I am reminded this is where my life began, in 1977.

I was that way not so long ago and many memories came flooding back. Not of being born, obviously, but as a child my parents would take me and my brother down to Paglesham for a day out.

I hadn't been to Paglesham for probably about 35 years, but filming a most incredible story for the BBC brought me back that way. Local people all know the story, for hidden in the mud, is a very special piece of British history.

I've been fascinated by shipwrecks ever since I was a child. From my bedroom, in my hometown of Leigh on Sea, I could see the ribs of an old wreck, which gradually sank further and further into the mud over the years. 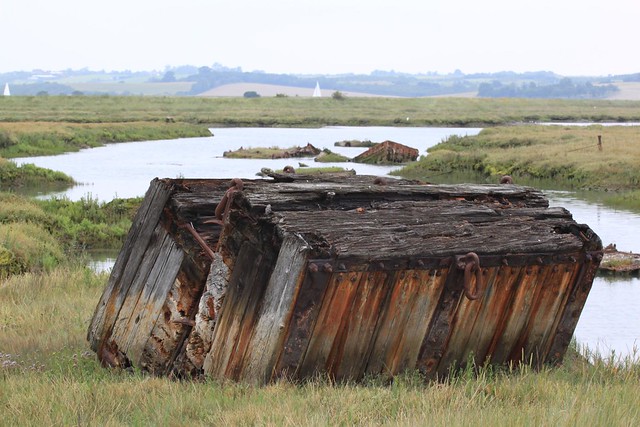 And when we think about wrecks, we picture them at the bottom of a crystal blue ocean, teeming with shoals of fish and covered in barnacles. However, many an old vessel languishes in the mud, of course, and the muddy marshes of Paglesham on the River Roach is no exception. For here, somewhere, lies the remains of the HMS Beagle.

Charles Darwin spent the best part of five years on board. He joined the ship to collect samples of all the living things he could, which would aid his research on evolution. But these were the glory days of the Beagle. She would end her life as a watch ship, moored off Paglesham. Here the crew would keep an eye out for smugglers.

Eventually, the ship was sold to be broken up. A sad end for a once magnificent and significant vessel. But where is it? A few years ago, a team of archaeologists discovered a structure buried in the mud which matches the size and shape of the Beagle.

There's also evidence in the village of the famous ship's connection to Paglesham. An ornament, of significant size, is the centre-piece of a local couple's garden. It's the anchor from HMS Beagle. 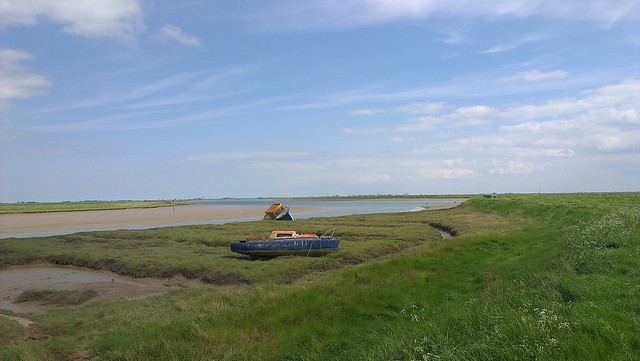 The research which discovered the ship a few years ago is now being built upon by Historic England. Special survey work is being carried out at two sites in Paglesham, one of which is likely to be the final resting place of the HMS Beagle. Once all the historic records and the wood samples have been analysed, they should be able to say, once and for all, where Darwin's vessel lies.

For Ann Boulter, the official owner of the anchor, this would be wonderful, as her and her husband have spent many years trying to prove the Beagle is there.

When filming with Ann, as the wind blew strongly across the picturesque marshes, she tells me she would be more than happy to see the anchor at the site of the HMS Beagle - a fitting monument to a ship that had the most magnificent life at sea and transported Charles Darwin around the globe.

I never knew of the story until a few years ago. We would just go to Paglesham because, well, it's a delightful and peaceful place to go. 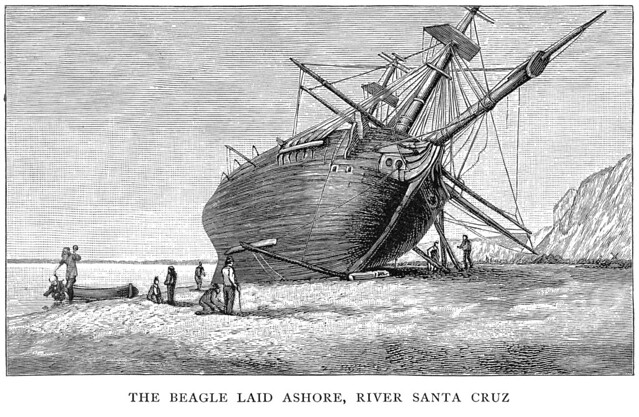 But, as we've discovered, the place has historical significance on an international level.

I wonder what else lies deep in the mud?

Win a watercolour painting of Gosfield by artist James Merriott