8 things that were named ‘Essex’ after our wonderful county

The county of Essex has leant its name to a variety of different items and animals that are now recognised across the world and linked to Essex. Holly Louise Eells picks out some that might surprise you

Did you know our beautiful planet has more than 8.7 million species of animals, plants, fungi, micro-organisms and other living creatures, with the majority of them still to be identified? So perhaps it shouldn't come as a surprise if you haven't heard of the gorgeous small butterfly, the Essex Skipper.

This stunning insect boasts vibrant orange-brown wings with a wing-span range of 27-30mm for both males and females.

Over the last few decades the number of Essex Skippers in the UK has impressively more than doubled around England and Wales. If you want to capture a glimpse of this spectacular species, you may find them amid tall, dry grasslands in open sunny surroundings, especially roadside verges, woodland rides, acid grasslands and coastal marshes.

According to the Butterfly-Conservation.org, 'Essex Skipper butterflies closely resemble and are often found in company with Small Skippers. However, because of their similarities, the Essex Skipper has been overlooked both in terms of recording and ecological study, and it was the last British resident species to be described in 1889.'

Nevertheless, this beautiful insect has definitely not gone unnoticed in Frinton on Sea because a local pub honoured the creature by taking the name of The Essex Skipper.

Originating from the UK, The Essex Pig is a beautiful breed of a domestic pig with cute characteristics of prickled ears and background colour of a broad band of white across the shoulders.

The Essex Pig was a relatively small breed of pig in its traditional form, but it is said it had a reputation for hardiness and is well known for its ability to feed itself by foraging. The breed of pig was traditionally popular with small holders, because it was easier to manage and cheaper to feed.

The farming and agriculture website notes, 'The old breed was deliberately improved in the mid 19th century by crossing with imported pig breeds. Charles Western, 1st Baron Western obtained Neapolitan pigs to cross with his Essex sows while traveling in Italy in the early 19th century. One of his tenants, Fisher Hobbs, bred the resulting Neapolitan-Essex boars with his coarse Essex sows and established the 'improved' Essex Pig.'

Until the mid-1950s, the Essex Pig remained locally popular and increased in numbers during World War II. However, it was thought the breed became extinct in 1967 for many years, because of the deliberate intention of merging the Wessex Saddleback and Essex Pig together to form the British Saddleback.

The barn represents the most impressive and important agricultural building that England has ever produced, and Essex had them in abundance. The barn's traditional function and true nature is designed primarily for the purpose of threshing and grain storage, with distinguishing characteristics dependent on area, mainstay farming and localised materials.

Paul Davies, owner and lead architect at Simms Davies Partnership (www.simms-davies.co.uk), comments: 'The Essex Barn in its traditional sense has a typical basic structure, consisting of a series of bays, sometimes aisles, and was dedicated to the storage of the cereal crop.

'It was common practice to use horses for compressing the crop into the bays and eventually into the roof area. The threshing floor of hard material was formed across the central or inner bay of the barn and seeds beaten out with flails.

'The typical Essex barn has a steep red tiled roof with black weatherboard, sometimes thatch and brick plinth with central gabled midstrey. Essex has been at the forefront of planning matters for documenting, restoration and indeed conversion where appropriate of such structures over the past 50 years.' 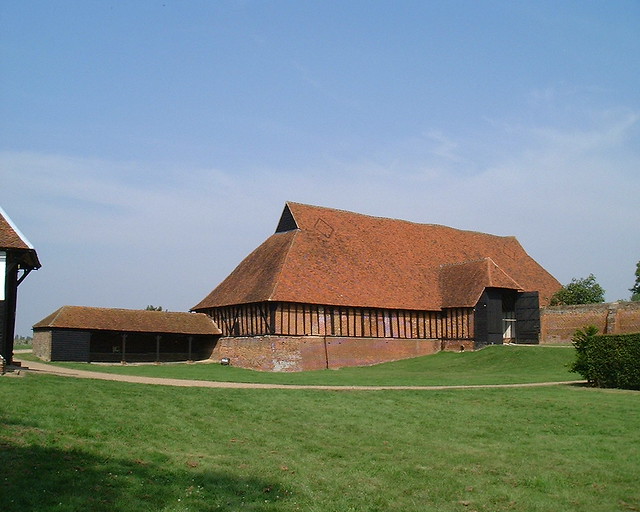 Even though it's claimed the label had little popular success, it issued a single in 1954 called Oh, Mein Papa, which later became the release of the early Bill Haley and His Comets along with recordings such as Rock the Joint and Crazy Man, Crazy.

Crazy Man, Crazy became the first rock and roll recording to make the American record charts when it was released in 1953. The label also released the first 12-inch album of rock and roll music with its 1954 Haley compilation, Rock with Bill Haley and the Comets.

Continuing the theme of music, award-winning British singer-songwriter Alison Moyet is a true Essex girl at heart and she even dedicated her fourth studio album to the beloved county, giving it the name Essex.

Born in Billercay to a French father and English mother, Alison grew up in the nearby town of Basildon, where she attended Janet Duke Junior School and then Nicholas Comprehensive at secondary level. After leaving school at 16, she worked as a shop assistant, then trained as a piano tuner, but later found her true calling of performing and joined a number of local punk rock to blues bands during the late 1970s and early 1980s.

Known for her bluesy contralto voice, it was evident music was her passion and her mainstream pop career began in 1982 with the formation of the synth-pop duo Yazoo.

Since then, she has had nine worldwide album sales that reached a certified 23 million, including her album, Essex, which was released in 1994. It reached number 24 in the charts with singles including Falling, Whispering Your Name, Getting into Something and Ode to Boy. She later released the deluxe edition of Essex in late November 2016.

Many car enthusiasts will be familiar with the Essex V4 engine. The V4 petrol engine was designed by Ford of Britain and manufactured by the Ford Motor Company from 1965 to 1977, produced in Dagenham after the plant was funded £14 million.

The Essex V4 first appeared in 1965 in both the Ford Transit Mk1 van and the Ford Corsair sedan, and later the CapriMk I, Consul/Granada Mk. The development of the Essex engine family began in 1961. The project's goal was to produce an engine suitable for use in both passenger cars and work vans, with marine and industrial applications also under consideration.

Right from the beginning, both high and low-compression petrol versions were planned, and a diesel version. The Essex V4 was even used by Marcos sports cars in its 2lt model. Released in 1969, this version remained in production until 1971, but the company went into receivership one year later.

When the Marcos GT was revived in component form in 1982, the Essex V4 was included in the list of supported engines.

7) The Earl of Essex

The Earl of Essex title was created in the 12th century by King Stephen of England.

Perhaps the most well-known of the Earls of Essex are Thomas Cromwell (1485 to 1540 in the title's sixth creation) and Robert Devereux, 2nd Earl of Essex (1565 to 1601), a favourite of Queen Elizabeth I who led the Earl of Essex Rebellion in 1601.

The Earl's London residence, Essex House, became a focal point for people who were upset with the Queen's government. It turned out to be an unsuccessful rebellion, but there is still a pub in Islington to mark the name of the Earl of Essex. 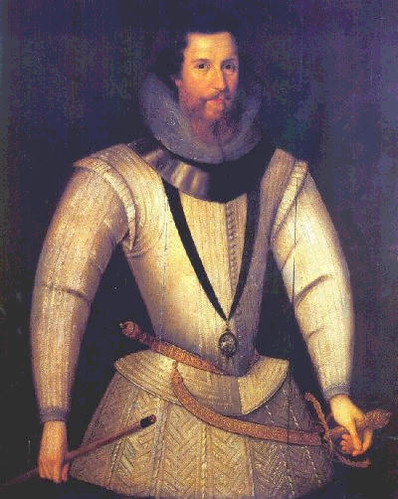 Of course Essex is not just a county in the south-east of England. There are 21 places called Essex in the world.

America has 12 locations called Essex and even some of the county's towns, such as Brentwood, Epping and Colchester, have American imitations. Our own Essex is of course the original and derives from the old English reference to 'East' and 'Seaxe' (or Saxons).

It became an Anglo-Saxon locational surname to denote where someone was from and has much more recently been used in similar fashion by celebrities including singer-songwriter and actor David Essex OBE, reality TV star and model Joey Essex and his sister Frankie Essex. 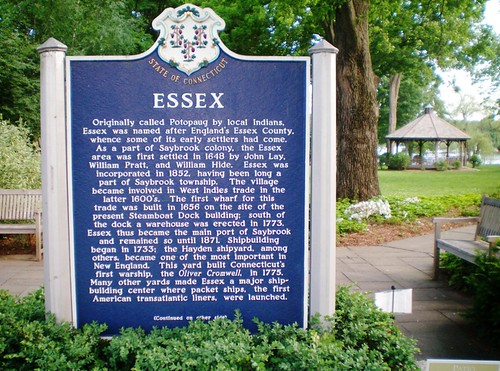 This is just a snapshot of the influence the Essex name and its towns have had upon the world. If you have any more suggestions of things that have taken the county's name or that of one of its towns, why not let us know. You can email julian.read@archant.co.uk