The history of Southend-on-Sea: Saxon origins and becoming the classic coastal resort

Southend on Sea is one of our county’s most famous destinations, known far and wide for its golden sandy beaches and glitzy amusements, but there is more to Southend’s story than the seaside | Words: Nicky Adams

When the Saxons discovered our county’s coastline, they preferred not to settle right beside it.

They gathered at Prittlewell, on modern Southend’s inland edge, and it’s thought that this was the hub of a thriving village that was founded in the 6th or 7th centuries (St Mary’s Church still has a Saxon arch).

It went on to become a busy market town in the Middle Ages, growing even more prosperous in the 15th and 16th centuries.

What we now know as Southend was in those days just a motley collection of farms and fishermen’s huts on Prittlewell’s south side. 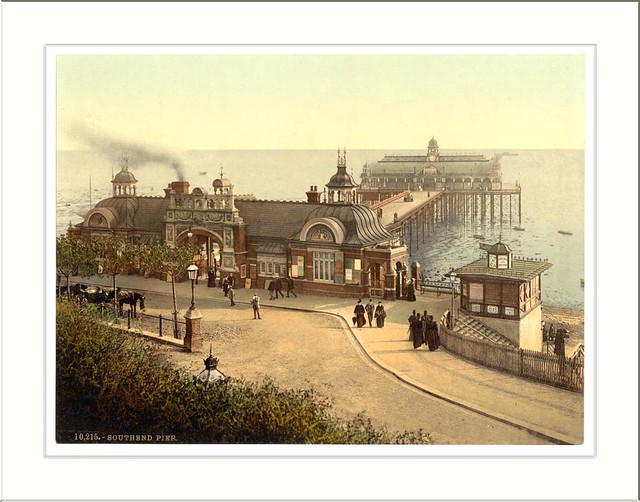 It wasn’t until the late 1700s that the first buildings sprang up in the area that was to become Southend, and a further hundred years after before the Edwardians began to fall in love with the town, less for the seaside than for the shopping.

In 1860, construction started on an area of shops on Nelson Street for the new residents of the Cliff Town Estate, which was being built in typical mid-Victorian style on land next to the new London-Tilbury-Southend railway (from Royal Terrace westwards to Wilson Road).

With five types of terraced housing all in complementary designs and using matching materials, this desirable new residential area took in the cliffs and beach as recreational space, as well as the collection of convenient shops.

Although the only original shop frontage remaining is at number 16, the road still has its raised Yorkstone pavement and looks very much of its era.

Towards the turn of the 20th century, Garon’s was the first big store to open on Southend’s High Street and many others soon joined it, creating a buzz that was only added to by the introduction in 1902 of innovative electric trams (which stopped running for good during World War II).

The High Street was eventually pedestrianised in 1974 and has remained one of the county’s top shopping destinations.

Princess Caroline of Brunswick is credited with making a seaside resort of Southend. The wife of the Prince Regent (the future King George IV), she visited The Terrace in the recently built ‘New South End’ in 1803 and set the trend for fashionable Georgians to enjoy a day trip from London on the new train line.

Renamed Royal Terrace in her honour, the area was marketed as a resort in the style of Brighton – it even had The Royal Hotel to provide upmarket accommodation for visitors who wanted to stay longer. 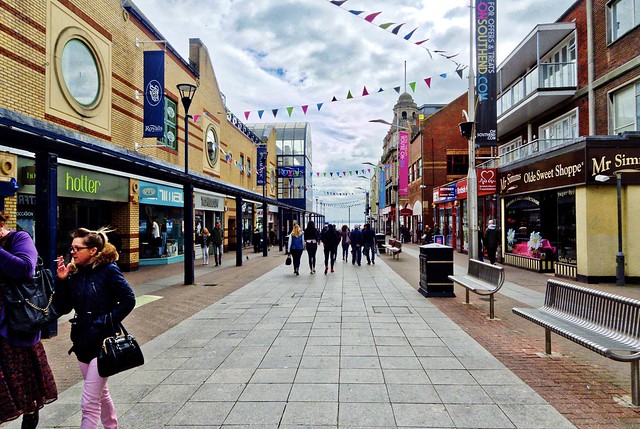 Another royal connection was made when a statue of Queen Victoria was installed at the top of Pier Hill in 1897, to mark the monarch’s jubilee.

A running local joke that the positioning made it look as if her majesty was pointing to the gents’ toilets eventually prompted the council to move her to a less amusing location in Clifftown Parade.

By the time Queen Victoria arrived, Southend already had its most famous landmark. Southend Pier opened in 1830 to make it easier for visitors arriving by boat.

The local mudflats make the waters too shallow to moor close to Southend’s sandy beaches, so the first waterborne would-be tourists were likely to sail past to the bright lights of Margate.

The original wooden pier, at 600ft, was too short to use at low tide, so it was extended several times until in 1929 its 1.34-mile length made it famous as the longest pleasure pier in the world.

Since then, the pier has had mixed fortunes – ravaged by fire, hit by seacraft and extreme weather and used by the Navy during World War II, the pier has survived it all over two centuries.

In 2012 it was reimagined and now stands as an even more impressive landmark with its Pier Pavilion now a futuristically styled cultural centre and a high-tech RNLI lifeboat station at the pierhead.

Now, more than ever before, Southend is a much-loved seaside resort, town and home, and one of our county’s most treasured and characterful places.