7 historic castles to visit in Essex

The county of Essex has always been a location of strategic importance in English history, and this significance is highlighted today by the number of castles that still adorn the landscape. Stephen Roberts tells their stories

As the sun set on Hastings and Anglo-Saxon England, the Norman victors imposed their will on their new English subjects, changing the countryside forever as castles sprang up, dominating the defeated.

Essex has some notable examples and the history of these landmarks is in many ways a history of Essex itself.

The village of Castle Hedingham is dwarfed by its Norman keep, built around 1130. A basement and three storeys rise up 110 feet to battlements, with a further 20 feet to the top of two towers (there were four). At the base, walls are 12 feet thick. This was one of England’s strongest castles, with a moat and perimeter wall enclosing three acres.

The de Vere owners were frequently saddled up for war. Robert, 2nd Earl of Oxford, fought against King John. Robert’s son continued the tradition, fighting in the 2nd Barons’ War against Henry III while the 7th Earl fought against the French at Crecy.

Another fought for the Lancastrians during the Wars of the Roses, leading Henry Tudor’s vanguard at Bosworth, a decisive clash in which Richard III was slain and the Tudors began one of our most famed dynasties with Henry VII. The Earl entertained the victorious king at Hedingham only to be fined more than £10,000 for keeping too many personal troops.

The castle was partly dismantled in the early 17th century following a quarrel between two relatives over the Duke of Norfolk, accused of supporting Mary, Queen of Scots. Lying in 160 acres today, Hedingham Castle is a privately-owned wedding venue and holiday retreat with a large lodge and small cottage for rent. 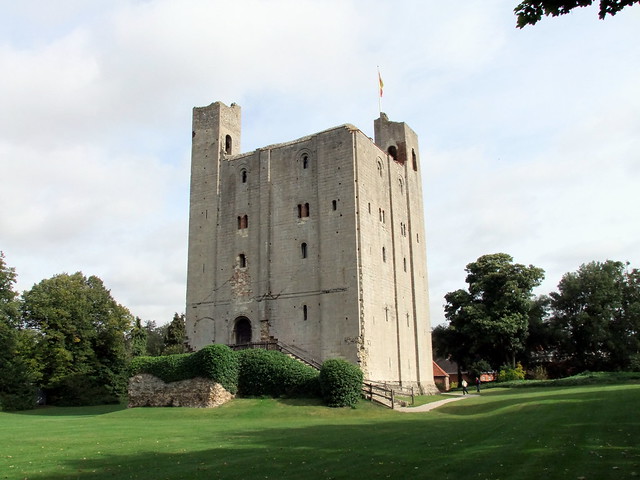 Colchester Castle came earlier than Hedingham, built on the site of a Roman temple during the Conqueror’s reign. The keep is England’s largest (at 151½ ft by 110ft), has an apsidal projection for the chapel and is topped by an 18th century cupola. Ignoring this, the structure is like the Tower of London’s White Tower.

The castle saw action during the 1st Barons’ War, was occupied by French troops and then retaken by King John. During the English Civil War, Colchester was held for the King and besieged by Parliament for 12 weeks. When the town fell, two Royalist leaders, Sir Charles Lucas and Sir George Lisle, were incarcerated in the castle before being led outside and shot.

James Parnell, a Quaker, was also imprisoned, reputedly in a cell so small and lofty, that he injured himself in a fall. To add insult to injury, he was left outside in the open courtyard on a winter’s night, dying aged just 19.

The castle was part-dismantled in 1683, when it lost its upper stages. The remaining elements are located in Castle Park and house the Colchester Castle Museum, including one of this country’s best collections of Roman artefacts. The castle is licensed for weddings. 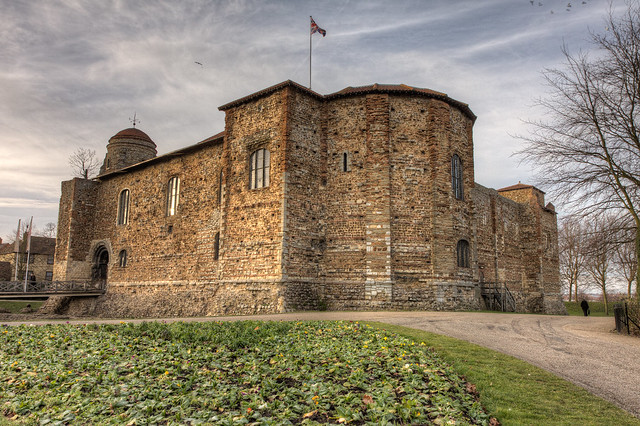 On a hill overlooking the Thames Estuary stands Hadleigh Castle, built by Hubert de Burgh, Chief Justiciar to John and Henry III. Henry VIII’s fourth wife, Anne of Cleves, lived here after the king dubbed her a ‘Flanders Mare’ and divorced her.

The castle, immortalised by a John Constable painting, has no keep, although it does have two remaining towers, both with walls five feet thick.

The castle was rebuilt between 1360 and 1370 by Edward III, becoming one of his favoured residences. A drum tower was later used by Georgian excise men watching for smugglers. 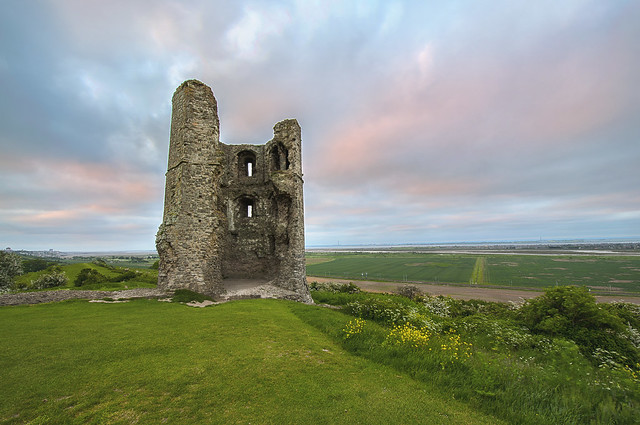 Learn more about Essex and its history:

Pleshey was home to a 12th century motte and bailey which features in Shakespeare’s Richard II. It still has an impressive 50 foot motte, moat and extensive bailey covering most of the village.

Here is perhaps the county’s best evidence of the seismic shift occurring in 1066, for this place did not exist before.

The de Bohuns ruled here, Eleanor de Bohun’s husband, the Duke of Gloucester, being ambushed and killed with the connivance of nephew Richard II.

The de Bohuns were avenged three years later when the Duke of Exeter, implicit in the ambush, lost his head to a mob outside Pleshey’s walls. Much of the castle was pulled down in 1629 for a house. 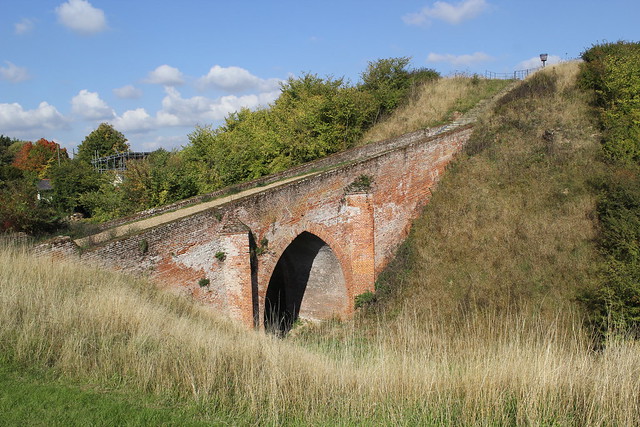 A motte and bailey, passing to the Crown in 1163, Rayleigh was twice repaired in the later 12th century.

Rayleigh Mount, an impressive mound, still offers views over the Crouch Valley, as well as providing a backdrop for summer open-air theatre.

The mount is the only remaining evidence of the castle - built by Sweyn, Sheriff of Essex - and is today managed by the National Trust. At the bottom of this haven for nature lies Rayleigh Windmill, a 19th century tower mill that now operates as a museum for the local area. 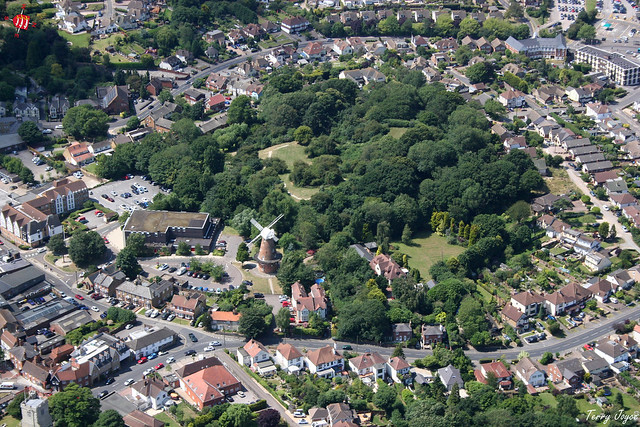 Little remains of Saffron Walden’s castle. Geoffrey de Mandeville was probably the builder of both this and the one at Pleshey.

His grandson (another Geoffrey) fought against King Stephen in the 12th century ‘Anarchy’, losing both castles. Henry VIII presented it to the Lords Audley, from whom it descended to the Howards, Earls of Suffolk.

The basement of the three-storey Norman keep is all that remains of the castle today although its influence can still be found in the town with the layout of streets following the line of the inner bailey.

The castle is next to Saffron Walden Museum which will be the perfect place to learn more about the castle and the history of the area. 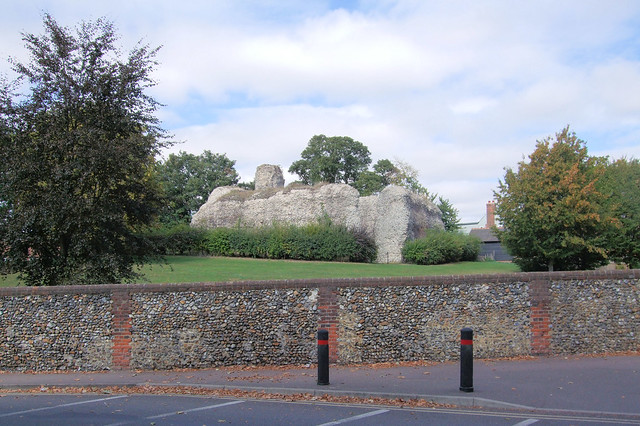 This castle, small with two baileys, was built by the Mountfitchets, but destroyed under King John after Richard de Mountfitchet was defeated fighting for the barons.

The castle’s elevated position has made it an enviable spot to hold for a number of different forces: Iron Age settlers, Romans, Saxons, Vikings, Normans and eventually Royalist Forces in the English Civil War have all made use of this strategic location.

After it was put under siege during the Civil War it became overgrown and was all but forgotten until 1975 when Alan Goldsmith planned to restore it to its former glory.

‘Modern’ Mountfitchet Castle is only the wooden motte, bailey and village reconstructed on its original site. This site is now home to a family-friendly attraction authentically recreating Norman England through a living history experience. 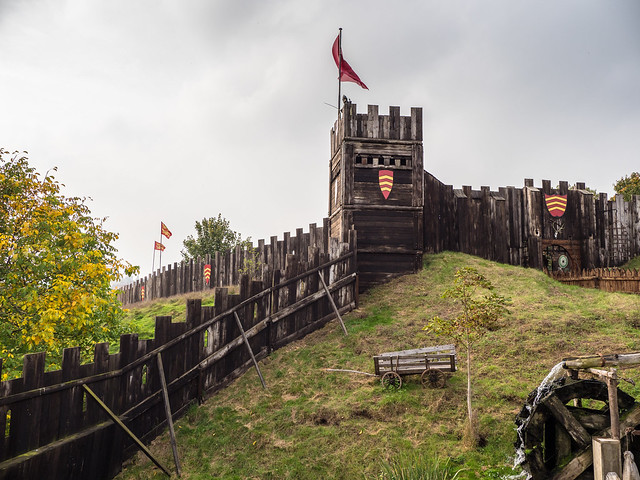