5 of Brentwood’s best and most beautiful buildings

Copyright by Tomas Petersen. You are hereby granted a non-exclusive license to use this photo for non commercial purposes on the

In her latest book, Brentwood in 50 Buildings, Sylvia Kent took on the challenge to showcase 50 of the buildings in Brentwood that best represent the town’s intriguing past. Here she highlights her favourite five from that selection

Perched on a hilltop 400ft above sea level, the Borough of Brentwood is easily spotted on Essex maps today. With a growing population, coupled with a fast rate of house-building, Brentwood is obviously a desirable place. Of course, it wasn't always like this.

In the 12th century Brentwood was a tiny hamlet on the Roman London to Colchester known as the Essex Great Road. 'Le Brentwoode' first appeared in records in 1176 when an outlaw, Reginald de Bosco Arso (of the Burnt Wood) was mentioned in the Exchequer's Pipe Rolls.

Although numerous buildings in Brentwood were destroyed over the last century, many of its timber-framed buildings are still extant, though some are unrecognisable due to modern re-modelling.

Tracing a town's heritage through its homes and structures is a fascinating historical journey. Every architectural building in this book, whether ancient or relatively modern, has an interesting human story behind it.

The challenge by Amberley Publishing to create a short list of 50 buildings from several hundred that represent Brentwood's intriguing past was not an easy task. Each structure has its own intrinsic history woven into individual tales.

My book contains a map of the area and plots the locations of the buildings I selected as well as a key to assist the reader and walker along its route. Here you can learn about just five of the architectural gems from this new book which is on sale in local bookshops. 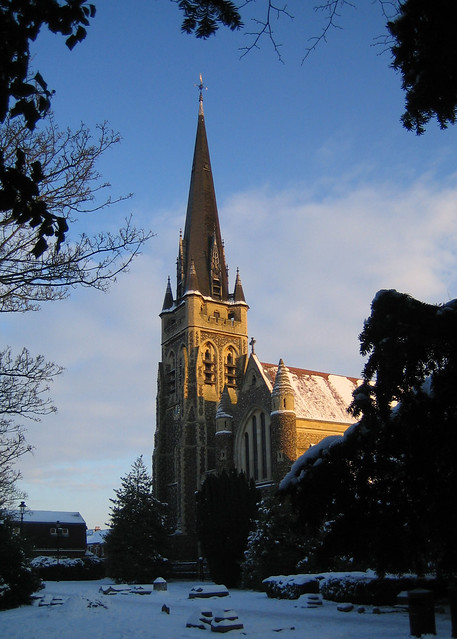 Brentwood residents were justly proud of this purpose-built general Post Office which opened on the corner of the High Street and St Thomas Road in 1891. Its elegant structure and Dutch-like gables were much admired.

Prior to its opening, the work of transporting mail relied on licensed inns and shops situated around the town at different periods. Samuel Smith was listed as Brentwood's first postmaster, appointed in 1637 at an annual wage of £5.

A new modern brick-built Post Office replaced the Victorian structure on the same site in 1938, but closed in 2012 as the town's Post Office services moved into the Bay Tree Centre. The newly-renovated building now serves the distinguished firm of solicitors Pinney Talfourd at 30 High Street.

This busy landmark has been a major crossroad for centuries, which is why William Wilson bought this prime site on the corner of Ingrave Road and Shenfield Road in 1889.

His great department store known as Wilson's Great Eastern Stores brought customers from London and became an epitome of a successful shopping emporium. But, in September 1909 the building burnt to the ground.

Wilson rebuilt quickly and was back in business within 18 months. The company left Brentwood in 1978 becoming Cooper's Furniture Store. A consortium of independent small shops now trade in this area of town.

Founded by Sir Antony Browne, Justice of the Peace and Lord of the Manor, who in 1558 lived in Weald Hall, it was Browne who condemned the 19-year-old Brentwood Protestant apprentice silk-weaver, William Hunter, to die in flames as a heretic in Queen Mary's reign three years earlier. It was believed that Browne established the school thereafter to ease his conscience.

Over the centuries Brentwood School, formerly known as Brentwood Grammar School, has experienced life's fortunes of prosperity, but also of neglect.

Originally, the school's remit was to provide an education for 12 poor boys of the parish and instruct them in 'virtue, learning and manners', a motto that is still kept today. Over the last 200 years, Brentwood School has grown in size, property and influence. Its grounds now extend along Shenfield Road and Ingrave Road and its excellent academic reputation stretches worldwide.

When Brentwood Urban District Council was formed in 1899, the town's council meetings were held at the old Town Hall at 86 High Street until 1926. But in October 1957, Her Majesty Queen Elizabeth II and Prince Philip arrived in the town to open the newly-built Council Offices in Ingrave Road.

Rapid expansion and changes to the town in the following 60 years caused the requirement of additions to the building which were added in 1984. The town gained Borough status in 1993 and Councillor Slaymark became Brentwood's first mayor. The Council Offices then became known officially as Brentwood Town Hall.

In 2019, the residents of the Borough witnessed another major change to their centre of administration with the splendid remodelling of the Town Hall to admirably suit today's needs.

The built-up area of Warley has changed immeasurably over 250 years. This open piece of countryside was used to train soldiers for wars that occurred from the 18th century onwards. From the summer of 1742, the military was encamped on Warley Common and the celebrated Dr Samuel Johnson is reported to have visited the troops in 1778, living under canvas for five days, although he commented unfavourably about the soldiers' conditions.

In 1805, Warley Barracks were built for ten officers and 306 other ranks. In 1842 the East India Company bought the barracks and built extensions to provide accommodation for soldiers and their families. More than 2,000 inhabitants lived in Warley alone. Throughout the two world wars, Warley Barracks trained thousands of men and women and in peace-time housed many in preparation for overseas deployment.

With the ending of conscription in 1960 and post-war cuts in the armed forces, Warley Barracks closed. Unfortunately many irreplaceable buildings associated with the Barracks were destroyed, but the officers' mess (Marillac Nursing Home) and one of the regimental gymnasiums (Keys Hall) remain today.

Ford Motor Company European Headquarters building was opened on Eagle Way in 1964. Once again, this part of Brentwood Borough was bustling with more than 2,000 employees. Now, 55 years later, life again intervenes in the removal of this huge company to their base at Dunton.

Brentwood in 50 Buildings by Sylvia Kent is published by Amberley Publishing, priced £14.99.