Our county's fabulous seafood produce is recognised both nationally and internationally, but there is a lot of hard work behind the scenes | Words: Stephanie Mackentyre

Fish isn’t only for Fridays. In fact, it can play an important part of a balanced diet as a regular feature at the dinner table. Did you know fish is loaded with important nutrients, including vital protein and vitamin D?

Fish is also the very best source of omega-3 fatty acids, which are incredibly important for your body and brain development. And of course, with huge swathes of our county flanked by tidal water, our seafood outlets are busier than ever.

The Company Shed is famous for it’s no nonsense approach to seafood. Trading for more than 30 years, it still maintains that appeal for keeping things simple. Run for many years by Heather Haward, her daughter Caroline has now taken over the reins. Father Richard Haward is a 7th generation oysterman and is passionate about Mersea Island oysters.

These days he stays based on shore while Caroline’s brother Bram goes out on the boat to land the oysters, but Richard, who turns 73 next month, still keeps a watchful eye on the business from the water’s edge.

Dredged from the River Blackwater, the oysters are laid on his oyster beds where they are given time to fatten, strengthen and take in the rich nutrients from the surrounding marshland.

There’s a choice of two types of oyster: the Colchester Native (Ostrea Edulis) which are harvested from September through to May and are a flat, round oyster, and Wild Rock oysters (Crassostrea Gigas) which look, as the name suggests, like a rock and which are available all year round.

Mum Heather is now, after a brief period of retirement, back running the family’s third business, Mehalas Seafood & Game restaurant, also on Mersea Island. However, it’s ‘The Shed’ with its minimal and simplistic approach which has the tourists [and locals] flocking – so much so you can’t book!

Guests are encouraged to bring their own bread and wine, although they do serve some local beverages. You then enjoy fabulous seafood platters and more to eat-in or take-away.

Business is booming for one fishmonger who now has the best fish finding their way to his doorstep. Steve Ellis runs V Mattacks and has spent three decades cultivating relationships with the country’s best fishermen.

“I’ve been in the trade for 36 years starting as a YTS trainee,” says Steve.

“It’s in my blood, as my great granddad Ernest Young was a fish, meat and veg grocers and my dad’s cousin was a professional fisherman.” 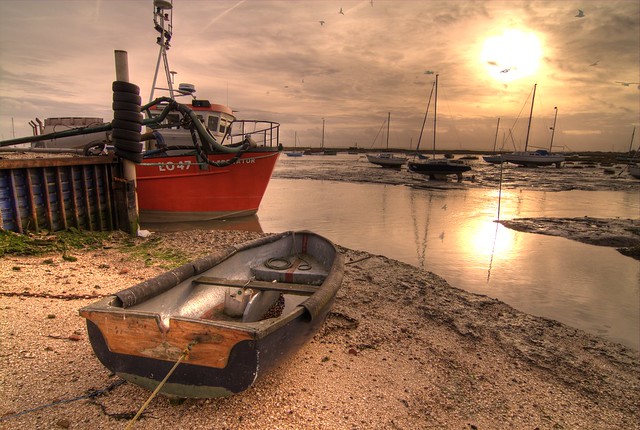 Steve’s fishmongers, V Mattacks, has been on Elm Road in Leigh on Sea for over a century. Selling fresh fish from all over the UK, Steve takes daily deliveries of cod, plaice, hake, haddock, Dover and Torbay sole, skate, rock salmon and rock eel, conger eel, monk fish, wild halibut, turbot, gurnards, whiting and dabs, plus tuna loin and swordfish steaks too.

“Our selection goes beyond your ordinary salmon or mackerel. Our daily catch means all sorts of unique and unusual fish find their way to our shelves. We also have some from a local fisherman, Michael Middle. It’s very seasonal, so this month we should have some local Dover sole and skate in from him.

Leigh no longer has shrimp fishing, but you can still get local cockles. We still have a cockle fleet and we have about half a dozen fishing boats going out too. Sadly I couldn’t run my business if I only supplied local fish — there’s just not enough of it.

Instead I have daily deliveries of fresh fish which has been landed at Grimsby, Newlyn, Aberdeen and Peterhead, so the vast majority is English fish. Basically if we can’t get hold of it, you won’t get it anywhere.” 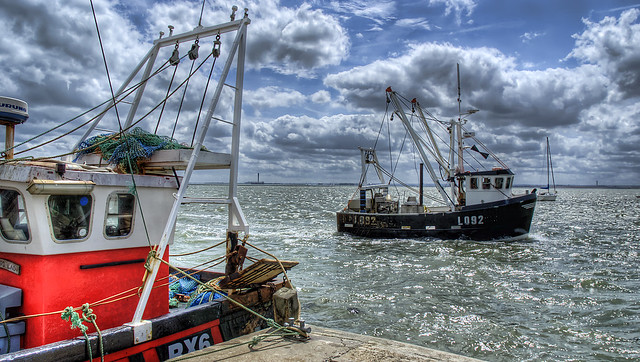 Steve used to visit London’s Billingsgate Fish Market in the early mornings, but these days they deliver to him with his more exotic fish selections.

He also makes use of his own smoke hole. “There was one at the very first shop I worked at and they taught me how to smoke fish. It’s quite an art, as it depends on the weather conditions and where the fish was caught. It has to go through a brine process first and then you have to know the inside information, like on a cold, damp day it takes a lot longer to smoke.”

Steve’s range of smoked fish is cold smoked until it has a beautifully golden glaze.

“It’s not something you can learn overnight. Ours is a traditional method which makes all the difference in the taste.”

Steve is passing on his skills to Jack Smith, a young apprentice working with Steve in the shop.

“I’m hoping to pass on the secret art of smoking on to him, one day,” Steve adds.

To meet the modern demands of the market, some fishmongers are taking their culinary and knife skills on the road. Celebrating 13 years in business this year, David Chalkley started his early career as a butcher before turning his blade skills to becoming a fishmonger, now operating Star Fishmongers on the High Street in Ongar.

“I like to always take time with the customers to offer them helpful tips and advice when it comes to preparing and cooking our fish,” explains David.

All fish is easy to fillet if you do it enough, according to David, but he has a few top tips for first time filleters. “If you’ve never done it before it’s best to start with a flat fish. 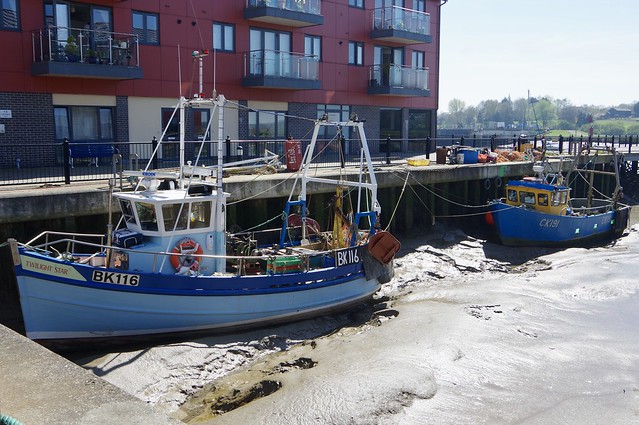 Using a sharp filleting knife, you take the head off first, and then gently place your forefinger on the back edge of the knife. This type of knife is very pliable and as you run over the bone you can feel the vibrations through the knife.”

David finds that simply selling the freshest, tastiest fish isn’t enough to run a successful business these days. “Nowadays, no one has time after work to cook. So we are moving things forward by preparing fish meals for our customers, offering a fresh fish dish without all the hassle.”

“We make everything from scratch; I’m tired of ready meals full of salt and preservatives. We take it right back to basics, but still with really good results.” 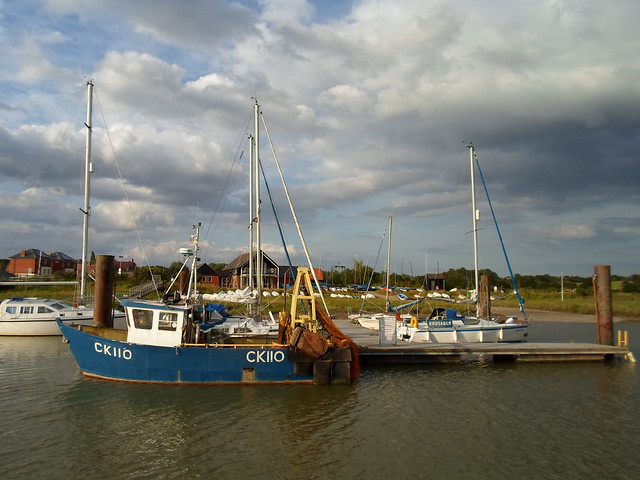 David’s ready fish meals come with full cooking instructions and are all his own recipes. “Cooking is a passion I’ve always had since learning the basics at catering college many years ago,” adds David.

Star Fishmongers is not only found on the High Street in Ongar, as David takes his fresh fish and ready meals once a month to local farmers markets: Great Garnetts at Bishop’s Green near Dunmow and the Blackmore Farmer’s Market between Ingatestone and Chipping Ongar.

Now you know the effort our local fishmongers are going to preparing and supplying us with the tastiest, freshest fish, why not put some in your shopping basket?

9 beautiful walks in Essex with pubs along the way

9 beautiful walks in Essex with pubs along the way

REVIEW: The White Hart in Moreton